Seven spoiler-free musings on Harry Potter and the Cursed Child 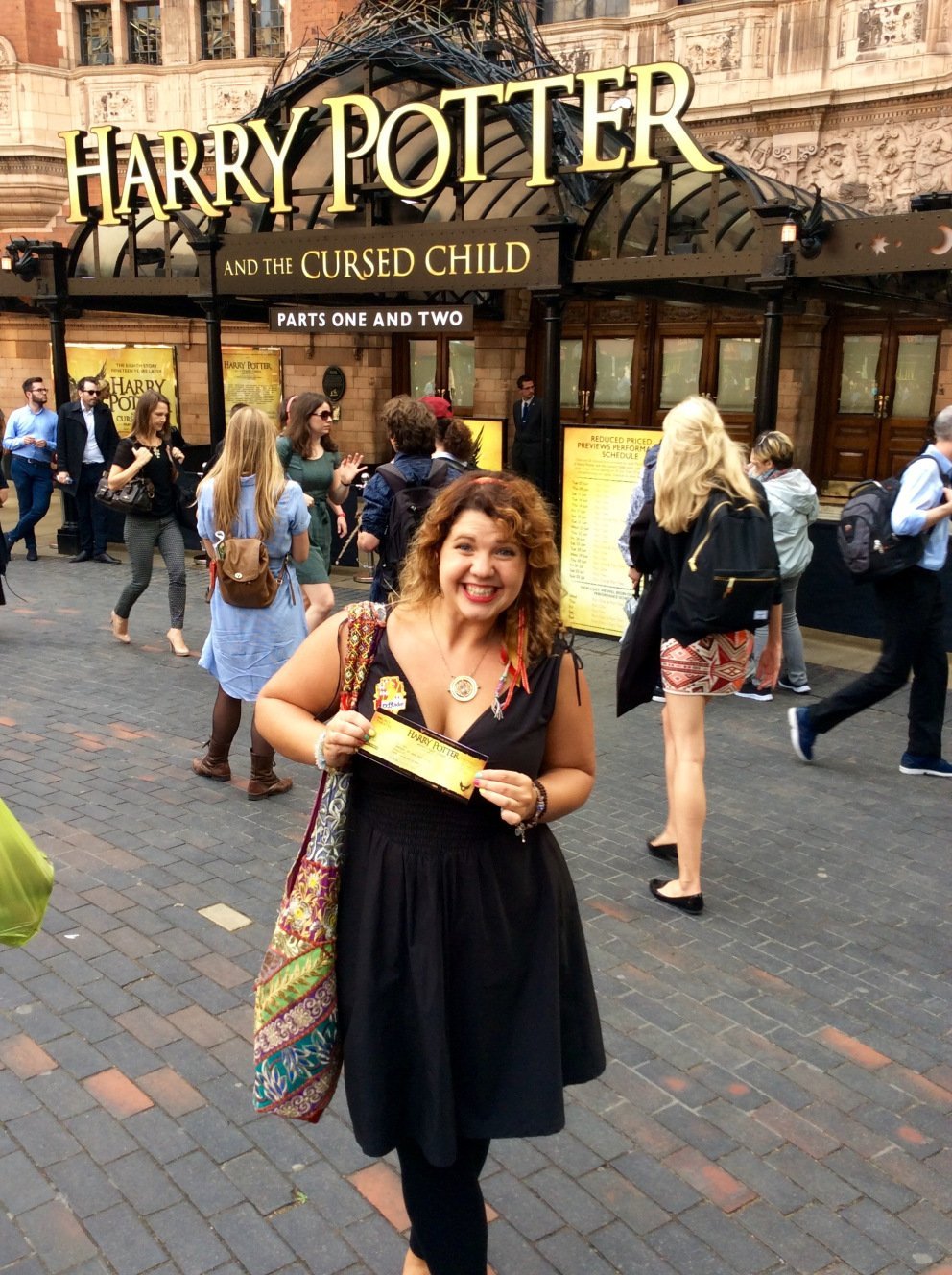 I was one of the extremely privileged Potterheads who got the chance to see Harry Potter and the Cursed Child during its very first nights in previews this week. It was everything I could have wanted and more! I laughed and I cried, I gasped and applauded along with the audience of fortunate fans (an audience we shared with our queen JK Rowling herself!!) and I jumped to my feet in the loudest, most immediate, theatre-wide standing ovation I have ever experienced! It was without a doubt the best play I have ever seen. Admittedly this is partly due to my intense love of Harry Potter and the monumental place it has held in my life since my 11th birthday, but not entirely. While I think it would definitely be more enjoyable for a Potter fan, it is also an excellent piece of theatre in and of itself. Over the last few days I have written over ten pages of general musings about the play but naturally they are completely spoilericious! Acknowledging JK Rowling’s pleas to #KeepTheSecrets, I have compiled some spoiler free musings to share, for those interested. 1. Magic is alive and well! And so is the Potter fandom! The excitement before the first show was palpable, both outside the theatre along with all the press and inside with our new friends, our neighbours for the two upcoming nights of magic. There was such a beautiful sense of community as we smiled at familiar faces on the second night and shared our theories of what would happen next during the intervals. The communal gasps at a big reveal, the cheers when something we always wanted to happen actually happened, the excitement and applause when we noticed Jo in the audience (before she adorably put her fingers to her lips and pointed at the stage, “this isn’t about me” she silently told us.) It was everything I love about the Harry Potter fandom. It took me right back to that same nervous and giddy anticipation of midnight book parties and movie premieres. The magic is truly alive and kicking and it is here to stay. 2. One of my immediate reactions was ‘this must have cost a fortune to produce’. The stunts and special effects… no that doesn’t give them the justice they deserve… the magicis out of this world! There are spells and duels, floo powder and polyjuice potion. I still have no idea how they pulled some of